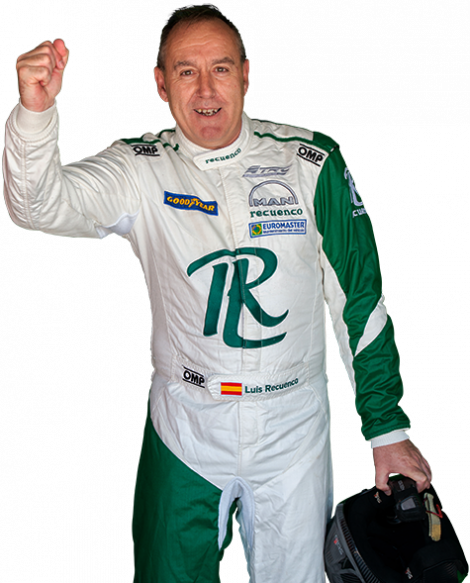 Recuenco is a motorsport all-rounder who has done it all – from single-seaters to touring cars, to off-road racing. He turned his attention to truck racing in 2018, teaming up with his compatriot, Antonio Albacete, at Truck Sport Lutz Bernau. He spent his first year alongside a vastly experienced team-mate Albacete learning the ropes and finding his feet in a new discipline.

It was a steep learning curve for the rookie Recuenco. Under the watchful eye of his then team-mate mentor Antonio Albacete at Truck Sport Lutz Bernau, the Spaniard kept improving as the season went on. His best result came in Race 1 at the Slovakia Ring where he finished ninth overall and second in the GRAMMER TRUCK CUP.

Recuenco had an excellent second season in the GRAMMER TRUCK CUP in 2019, taking four victories and being in the title mix right until the penultimate round, and finished third.

He returns to the grid in his eye-catching green and white MAN.