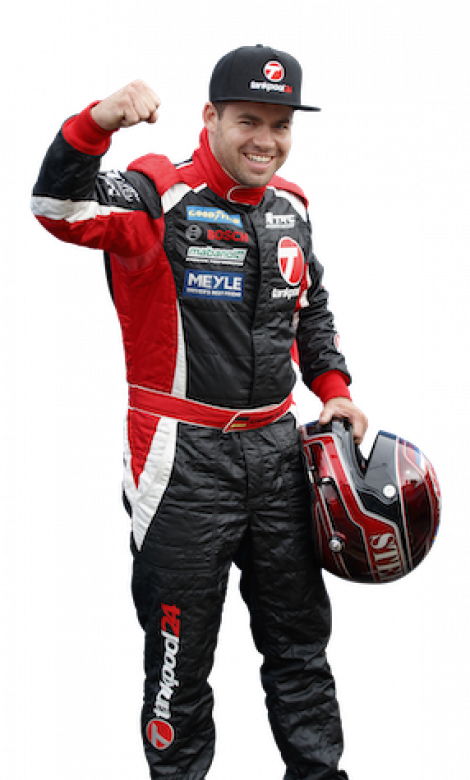 Steffen Faas started his career on the track in the Seat Leon Series where he won the 2007 Seat Leon Langstrecken Challenge before also racing a VW Polo. In 2016 and 2017 Faas was crowned the KTM X-Bow champion.

In 2017 he turned his attention to the world of truck racing with Team Schwabentruck IVECO as teammate to legend Gerd Korber and took part in two events (Nürburgring and Slovakiaring).

“Racing aboard a truck is completely different to what I raced before because of the different engine, the brakes/braking behaviour, sitting high up in the cabin and the focal point is directly above the front axle, it is challenging,” explained Faas.

In 2018 Faas joined the tankpool24 Racing team where he partnered two-time ETRC champion Norbert Kiss for a full season with the German team in a Mercedes-Benz truck.

The German racer claimed five victories in the GRAMMER TRUCK CUP challenging Shane Brereton for the overall win, but later Brereton went on to dominate the category and Faas finished second.

Last season Steffen took a sabbatical from truck racing to focus on his family run businesses.

In 2020, tankpool24 teamed up with FAAS Truckracing to create a brand-new racing truck from a SCANIA S-series road truck. Steffen who runs the team as well as drives the truck impressed with a strong performance in last years events, scoring 2 victories and 4 podiums in the Goodyear cup.

Faas finished the 2021 season with two podiums at Misano and third in the standings. His Tankpool24 team worked hard on the truck in the off season to get him into the best position to compete for the top spot.